This weekend I got an e-mail from Sue, the president of Englewood Genealogical Society. She told about a member of the neighbourhood genealogy group, Karen, with norwegian ancestors! Karen needed help to find more information on her grandparents.

First I did a search in the 1900-census on Ancestry.com. I got a hit in the first search for Albert Thoresen 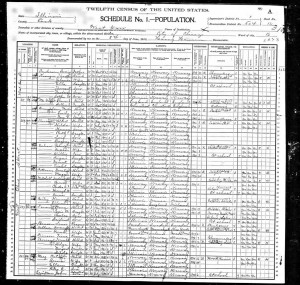 I searched the emigrant-protocols online (digitalarkivet.no) for Oslo (Kristiania) and it was an easy task to find them there, they left for New York in July 1892,

and they were on the ships-list also, arriving New York on the ship Norge, July 22 1892. 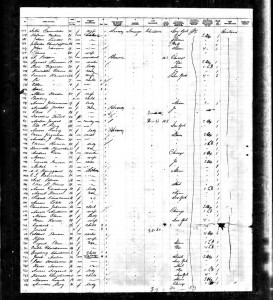 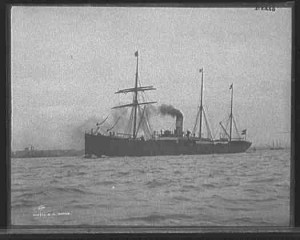 I started the research for the birth/christening records, and found them within minutes. Karen had the dates of birth and the marriage, but she didn’t know what church. I used Familysearch.org to see if they were christened in any of the churches they had in their databases. I was lucky. I found the christenings, the grandfather Albert in Vår Frelser/Oslo Domkirke (Our Saviours Church) and the grandmother in Grønland Church.

The image below shows what I got when I asked for all the christening records in Oslo between 1851-1863 . It would have been a rather easy task to go through the few churchrecords without Familysearch, since the number of churches was 9, not to bad when you know date of birth. 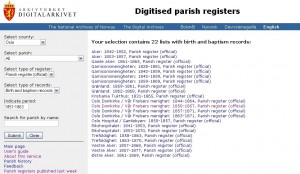 I did the same with the marriage record, searched on Familysearch, found them in Trefoldighetskirken (Trinity Church). This record also gave the year of confirmation. This to confirm their parents and birthplaces.

I also found that grandfather had many siblings, and her grandmother had one half-sister. All of them found in the norwegian censuses. I have not sent the information to Karen yet, so I decided not to include all the main findings in this blog.

Around 1900 we had many churches in Kristiania (Oslo). The 1900-census in Oslo, don’t include name of parrish/church. But, the tool “Samlagsafstemningen in Kristiania af 1899” (don’t make me translate) – gives what street for which school-district/parrish. Just remember that this is correct only in the period of 1899 – because many churches were built in that period.

2 thoughts on “Research in Norway (e-mail from Englewood)”